What to see in Albania

Among the Balkan countries, Albania is one of the most distinctive and at the same time less explored by tourists. And the brighter and fresher the discoveries that await travelers in this country, stretching in the southeast of Europe on the coast of the Adriatic and Ionian Seas.

People go to Albania not for resort gloss, although luxury places have appeared in recent years, but for the sake of non-trivial routes: acquaintance with the Albanian Alps, mountain lakes and canyons; discovering the centuries-old layers of the country’s history, from the ancient Greeks, Byzantines to the era of communism and European modernity; relaxation at thermal springs and the search for Ottoman bridges.

In Tirana, the capital of Albania, cultural life is concentrated, the best museums work here, which have the status of national ones and have collected the most complete collections of artifacts from all layers of the history of the state. Another feature that attracts attention in Tirana is the restored and functioning, and sometimes neighboring, temples of different faiths.

Tourist routes also lead to the beautiful historical city of Gjirokastra in the south of the country, in the valley of the Drina River. In Gjirokastra, buildings from the time of the Ottoman Empire and a huge citadel on a hill have been preserved.

The city of Berat is also interesting for its architecture and postcard views, especially its old city on a hill, facing the Osumi River with a thousand windows-eyes. 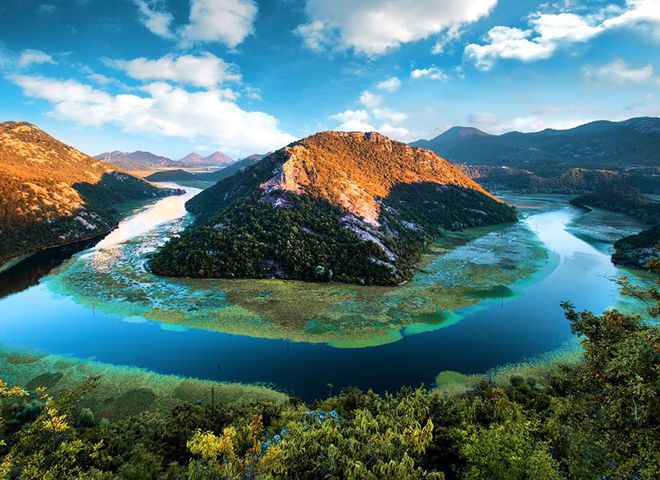 The city of Shkoder also has a huge cultural and historical heritage, which is also located on the shore of Lake Skadar, the largest lake on the Balkan Peninsula.

The city on the banks of the Osumi River, at the foot of the Tomori mountain range, has been included in the UNESCO World Heritage List since 2008: the historical area of the well-preserved urban development of the Ottoman Empire has been recognized as a cultural monument by the international community.

Residents and guides call Berat the city of 1001 windows and 2000 steps, and this refers to its Mangalem district. The area is located on a hill, which is why the windows of local houses that are in contact with the walls are facing the same direction, it looks like many rows of windows.

The citadel in the city of Gjirokastra is a 12th-century monument, rebuilt in 1490 and outliving the Ottoman Empire, now part of the UNESCO World Heritage Site. The fortress has been well preserved to this day, without losing its monumental integrity.

The symbol of the fortress of Gjirokastra is the Clock Tower, the result of modernization in 1811, at the same time an aqueduct was laid on the fortified hill. For tourists, access is open not only to the territory of the fortress, but also to some of its premises, where today there is a museum with an artillery collection.

The fortress on the southern outskirts of Shkodra today is in a sad dilapidated state, but even now it can be seen its former grandeur. The citadel was founded by the Illyrians in the 3rd century BC, and a legend about a woman named Rozafa immured in the walls is associated with its name. 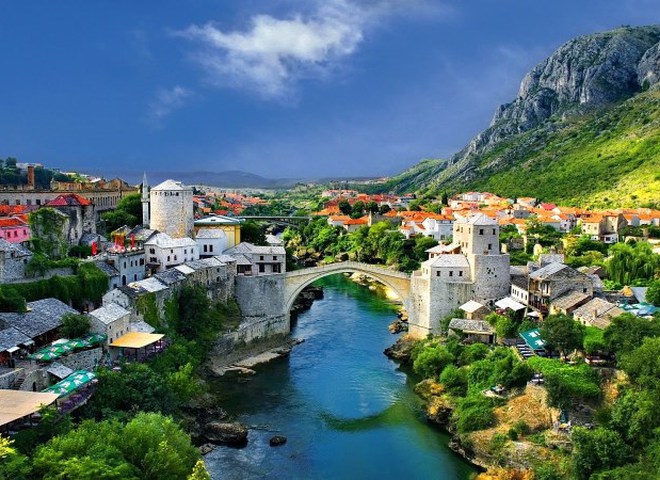 Rozafa offers the best view of Shkodra, as well as the confluence and tributaries of the Drina and Buna rivers. In one of the former barracks of the fortress, there is a small exposition dedicated to the history of the place.

Approximately thirty kilometers from Vlora, near the town of Fier, there is the Apollonia museum complex. At the end of VI BC. e., on a hilly plain, along which the Aoya (Vyosa) river carried its waters, the Greeks founded a colony, calling it Gilakea. The settlement was located near the sea, next to the most important trade routes. Rapidly rebuilding, Gilakeya turned into one of the largest ports on the Adriatic coast. In honor of its patron, the god Apollo, it was renamed Apollonia of Illyria.

Apollonia reached her dawn in the 4th-3rd centuries. BC e. thanks to river and sea trade, including slaves. The most important trade road Via Ignatia, which connected Rome and Byzantium, passed through Appolonia, contributing to the growth and prosperity of the city. At that time, about 60,000 inhabitants lived in Apollonia. It was not only a large trading city minting its own coin, but also a well-fortified fortress.